Fifteen years ago I looked forward to the yearend lists published in the glossy magazines. There were so few lists to deal with, and each band or album mentioned was familiar from constant rotation on MTV and radio. I could go through the lists, agree or disagree, and build a shopping list for the coming months. Now however small scale media has been democratized -- everyone is a critic, everyone is the media, and everyone has a yearend list to share. Small and obscure bands are now championed alongside of larger ones, and understanding each list often takes hours of research. For better or worse, Too Much Rock is no different. For the past few weeks the Too Much Rock podcast has count down the top 20 songs of 2007. Here is where I defend them:

The funky and raunchy foursome from Oakland released an album in 2007 that pumps up the production, but still leaves things loose and fun. If you can't bounce along to D.A.N.N.Y then you've lost the will to live.

Palomar aren't quite as cute and bubbly as they once were, but in their sophistication they've written a great song that recalls the swirling poppy joy of C86.

The year of the Canadians continues as this ensemble released a delightful album of lush pop tunes with real heart and immediacy. This multi-faceted song represents the album perfectly.

One might have thought that danceable English post-punk bands might have burnt themselves out already, but Mystery Jets proves there is still a lot of fun to be had behind a solid guitar line and snappy high-hat-ladden percussion.

16 LCD Soundsystem – All My Friends – DFA/Astralwerks

James Murphy found his own sound with the 2007 album Sound of Silver. I think I liked it better when he was still aping New Order. This track recalls that former convergence wonderfully though, and makes it to #16.

On every album John Vanderslice has one or two songs that just floor me. On Emerald City, "Kookaburra" is that song. His layers of organic and electronic instrumentation are matched by an equal number of vocal layers blending to perfect harmony. His lyrics are vague and evocative, but always literary. He's also the nicest guy in all of indie rock. True story.

One evening in October I was treated to a fantastic opening set from this band. I quickly bought their album and fell in love with its melding of early 90s alternative rock with rich instrumentation that often include horns, accordion, and banjo. "Queen of the Barley Fool" may recall The Waterboys, but Mike Scott never bothered thought to make it this grand.

The bouncy indie pop found on the band's 2007 EP Between the Devil and the Sea is irresistible. Specifically the keyboard line in "Or Mouths Were Wet" is impossible to ignore. So make sure you have room to dance and put this song on.

Ted Leo is living revolution. His music is full of energy and hope and excitement and always a bit of forlorn loss as well. "A Bottle of Buckie" is simply masterful. 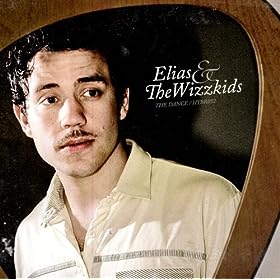 11 Elias and The Wizzkids – The Dance – Hybris

I know very little about this Stockholm band. In fact I know just enough to say that this single is adorable. Ernest and low-fi twee wrapped around a skiffle beat and narrative lyrics makes this track a winner.

New Zealand's The Brunettes mix cutesy indie pop with big Spector-esque production. In "B.A.B.Y" the guitar provides driving energy, the horns keep it smooth, the keyboards create space, and that vocal hook is undeniable. What a song!

09 Okkervil River – Plus Ones – Jagjaguwar

Before I had heard the band, I wondered what the big deal was. But ever since a caught the band live, I've been a dedicated fan of Will Sheff's brilliant lyrics and unique knack for songsmith. "Plus Ones" is open, breezy, and just a bit melancholy. It's played perfectly and comes in at #9 (#9 #9 #9 #9...).

08 Bright Eyes – If the Brakeman Turns My Way – Saddle Creek

Conor Oberst takes his band of collaborators to a new height on Cassadaga. It's an album that is free of extraneous noises and overt emotional breakdowns. "If the Brakeman..." is a focused bit of Dlyan-esque Americana that proves Oberst still deserves all the attention he receives.

The ensemble acts are still big in 2007 as Austrialia's Architecture in Helsinki prove. This cadre of mutli-instrumentalists provide funky, fractured, and fun rock unlike anyone since The Talking Heads. Feel free to lose yourself in the auxillary percussion, exercise your own vocal chords in the chorus, or play air trombone in the breakdown.

Tracks #13 through #7 can be heard in their entirety in Too Much Rock Podcast #70.

2007 was the year I fell in love with Los Campesinos! While any track from You! Me! Dancing! could have made this list, when the band released "The International Tweexcore Underground" in October I knew I had found my bliss. As someone who has been profoundly influenced by both Ian MacKaye and Calvin Johnson, I believe I must be a charter member of The International Tweexcore Underground, and this must be my theme song.

I have no idea what Swedish vocalist Annika Norlin is saying, but I wish she would whisper it in my ear. Her previous lo-fi effort as Hello Saferide topped my list for 2005, and this C86-inspired pop wonderful song is another endearing jaw-dropper, that soared its way to my heart.

When The Broken String leaked this year, I jumped on it. By the time the album came out I had already fallen in love with several tracks on the album, but my biggest crush was on "Click Click Click Click." The band's vision of quirky indie pop has no equal. And even if Kodak has made it so I never want to hear this song again, it still makes it in at #4.

Sweden's Pelle Carlberg released "Clever Girls" as a preview ages ago. And while the rest of the album doesn't always live up to this single (or his past efforts), the bouncy energy of this song is undeniable. Trumpet and hand claps keep me dancing, while Carlberg's witty and insightful lyrics recall Morrissey and Belle & Sebastian. Anyone who can keep that company deserves our attention.

In 2007 the band released its underproduced self-titled ep led by the swirling chamber-rock song "Each Year." The way the composition moves from drums to vocals to guitar to strings is mesmerizing and surely predicts that 2008 will be the year of Ra Ra Riot.

It seems only fitting that my list is topped by yet another Swede. Jens Lekmen mixes adorable indie pop with the heart and horns of northern soul. I'm a sucker for narrative lyrics, and "A Postcard to Nina" is a short story I'd like to read. This is the best song of 2007.

Tracks #6 through #1 can be heard in their entirety in Too Much Rock Podcast #71.