Another year and another list done a little differently than the year before. Here I've detailed the top 25 songs of 2011, determined by which tracks I was most enthused to revisit. As always, this is a fluid list and who knows how the order might be different if I reconsidered it today.

Tracks #7 through #1 can be heard in their entirety in Too Much Rock Podcast #193. 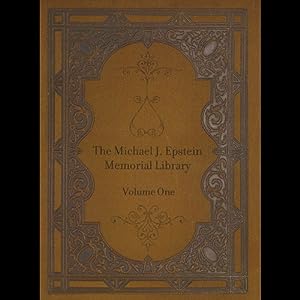 "Stranger" may have been custom-written for me with its flowing strings, lilting flute, ringing bells, and coed vocals. This large pop ensemble from Boston has created a tune so effortless that you'll singing along during your first listen. 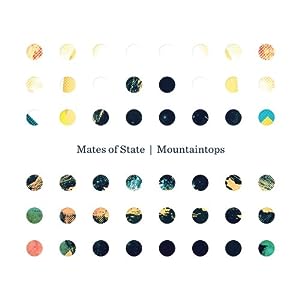 God bless you Mates of State. While this married duo has already lived many musical lives, I never thought they they'd give me an organ, horn, and hand-clap-fueled Northern Soul burner. While the breakdown reminiscent of the band's earliest work might keep this song off of the dance floor, it has propelled it straight into my top 25 tracks of 2011. 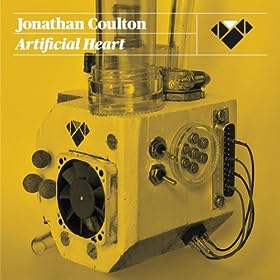 Whenever I profess a love for pop music, this is what I mean. It's bright, literary, and has a hook so big that a 4-year-old couldn't miss it. Fans of Ben Folds Five or They Might Be Giants best run to discover the sunny world of Jonathan Coulton. 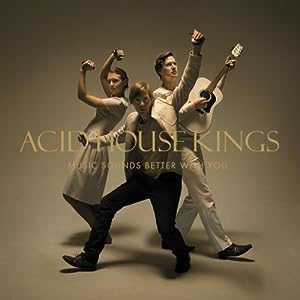 Too Much Rock fans wont be surprised to find bright Swedish twee on my list. This cloying song has everything the genre could ask for: coed vocals, glockenspiel, and a title that puns on The Smiths. Even now, in the dark days of January, this song fills my mind with fields of spring flowers. 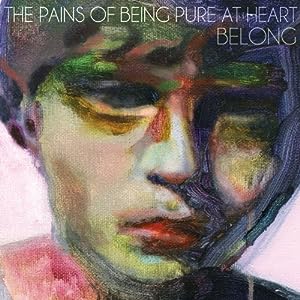 21. The Pains Of Being Pure At Heart – Heart in your Heartbreak

C86 lives inside NY's The Pains of Being Pure At Heart. Synthesizers swirl around the snapping percussion, the guitar howls and even snarls, and all the while the bass maintains a New Order-consistency. Kip Berman's hushed vocals cap it all off with a must-sing-along chorus. It may be a sound from a bygone era, but this song will stand up against anything released by the Psychedelic Furs or Echo & the Bunnymen in the genre's heyday. 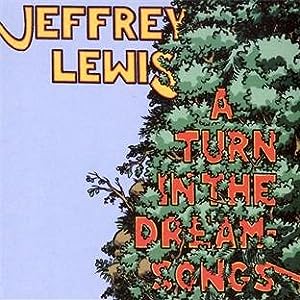 "Time Trades" is a revelatory essay about making conscious decisions concerning the use of your time. If you don't understand how this can be the basis for a rolling acoustic song, then you need to hear more Jeffrey Lewis. His lyrics are some of the best being written today, his voice and delivery are purely his own, and this song showcases them both. 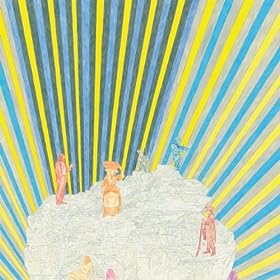 It's seldom that the production of a track makes a song, but this slowly developing song ripe with vocal layering is presented so perfectly, it amplifies the big punch to the guy that the final chorus delivers. Outside of any indie subgenre, this is just a compelling track. 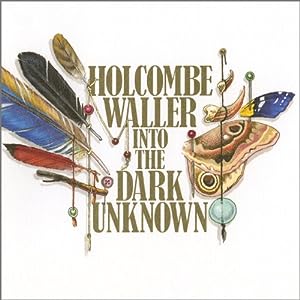 18. Holcombe Waller – In the Dark Unknown

Where did Holcombe Waller come from, and more importantly, where has his young life taken him that this song is even possible? Sure the resurgence of '70s-styled sensitive singer/songwriters was in full bloom in 2011, but Waller's finger-picking, warm vocals, and lyrical prowess put him above both the offerings of Bon Iver and Iron & Wine. 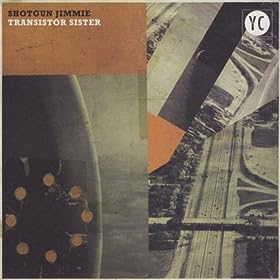 I'm not sure how New Brunswick's Shotgun Jimmie fits into the '90s indie rock revival, but this should be the movement's theme song. While the loose rocker propels things nicely, it's the matter-of-fact lyrics concerning the importance of just creating music for the sake of creating music that makes this sub-two-minute song so much fun. 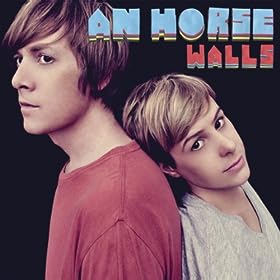 This female-fronted Australian duo has created a nimble and dynamic pop single that drips with emotion. Compare this to Sarge and revel in its explosive swells, and its delightful lyrics including this smirk-inducing couplet "Yeah, tonight, I'm thinking of someone else / Which in a round about way, means I've thought about you all day." 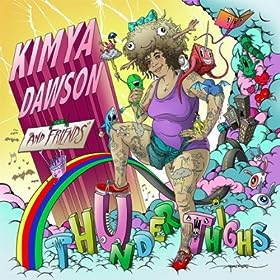 If you only know Kimya Dawson from her cutesy Juno soundtrack work, you will need to pick jaw off the ground after you hear this 10-minute essay about death and hope performed over a dirge of bass guitar and cymbal washes. While the rapped afterward from Aesop Rock is a bit disjointed, this piece is incredibly moving, personnel, and eloquent. 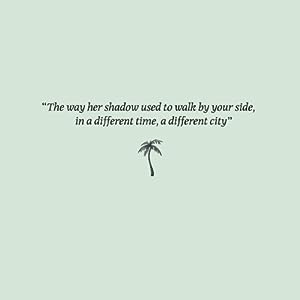 A flowing backing track sets the scene for a tale of disappointment as Lekman tries to meet up with Kirsten Dunst during her visit to his hometown of Gothenburg. The soaring chorus introduces a delightful melody, but the real joy is Lekman's prose. I'm ready for his first novel, but until then this song tells a charming story most enjoyably.

On this track Waller's voice is simultaneously urgent and warm. There is a message that Waller is determined to get out, and as his energy grows I can't help but lean in with increased interest. This track stands out with its slight and thoughtful string swells, but it's part of a impeccably executed album of gems.

12. Hidden Pictures – For the Sake of the Streak

Kansas City's Hidden Pictures have created another stunning track. Pitch-perfect arrangement and composition combine with sunny AM pop for a strong showing at #12. You couldn't ask for anything more, so let's not fight about it. 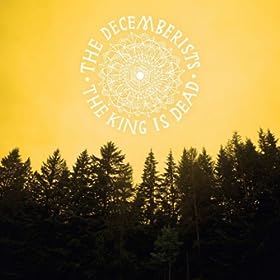 11. The Decemberists – This Is Why We Fight

Here we have two Decemberists' songs. Both showcasing the band's newly-explored love of Americana. Neither are twee nor pop. Neither are expansive nor heady progressive. Both are simple, effective, rootsy rock. It's an U2-like guitar line that dominates "This is Why We Fight" before a smokey harmonic takes us away, while it's the violin of "Rox in the Box" that provides the toe-tapping fuel that burns just enough to bring us to a memorable chorus.

10. The Decemberists – Rox In The Box

Kimya is fearless. In this lyrically dense track, she bravely points the finger at her own insular DIY community, and then examines her own place in that movement. With juxtaposition that Dawson does so well, the song is thought-provoking and revelatory, while still remaining playful. 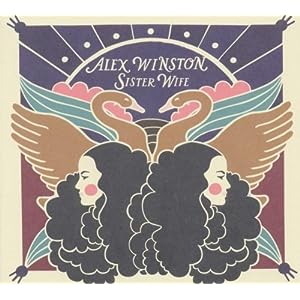 Winston's high vocals may take some getting used to, but that loping rhythm ripe with electronic accents is immediately embraceable as genius. Just when that's got you swaying nicely, you're gonna get hit with a chorus that is impossible not to sing along with. Delightful. 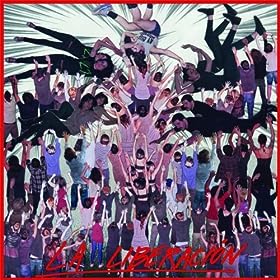 CSS have a very narrow range, but when they nail a track, it's out of sight. In "Hits Me Like A Rock," the funky electronic rhythm section builds the song but the big payoff comes in each of the slightly different choruses. Sure it'll move a dance floor, but it sounds great in your headphones too. 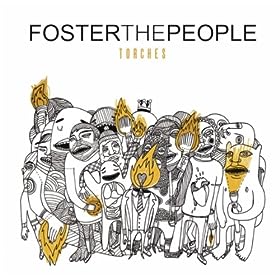 6. Foster the People – Pumped Up Kicks

The whole world was nodding along with this song, and try as I might, I couldn't help but be pulled along for the ride. That chorus is aural crack. This will occupy the same spot in your heart that Peter, Bjorn & John's "Young Folks" did three years ago. Give in. 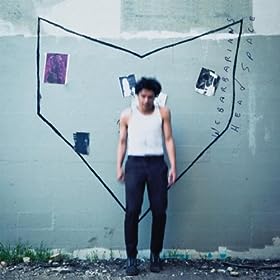 The driving guitar, the round, reverb-soaked vocals, and the chiming synth could easily leave this band trapped in the shoegaze revival craze, but that vocal hook has stuck with me for a solid year. It's unshakeable and this is truly modern music. 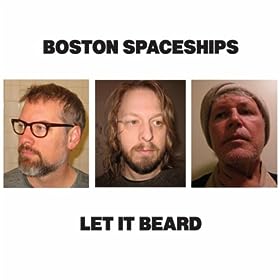 This supergroup of sorts led by Robert Pollard broke up shortly after this album was released. I suppose he thought he couldn't top this song, and I'm inclined to believe him. Guitars ring out so true and honest in this song that I'm reminded of Husker Du, but it's Pollard's skewed pop and incredible sense of melody that make this such a great song. 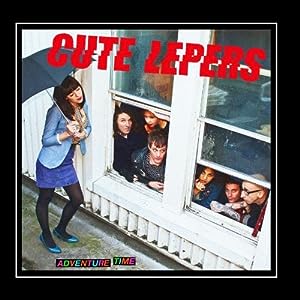 3. The Cute Lepers – Head Over Heels

There are times in my life where I am convinced that the late '70s power-pop explosion produced the best music of all time. For those who agree I offer this tune. "Head Over Heels" is a two-and-a-half-minute blast of energy, backing "oohs" and "aahs," and dual guitars ripping through power chords. Although a 2011 release, this song will take you right back alongside The Nerves. 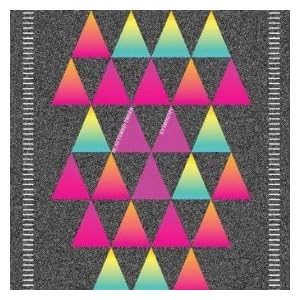 I have no idea how I stumbled upon this gem, but thank you to whomever pointed it my way. Hints of '90s revival built on an insistent guitar and drums, with a vocal hook that's such an effective earwig that you'll be humming it while racking your brain to remember who performs such a song. 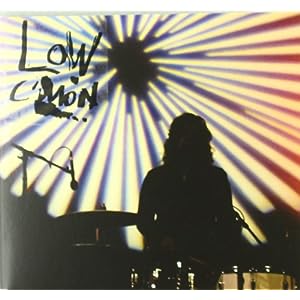 For years I've been a fan of the heartbeat of Low. This song ebbs and grows to wonderful climaxes, it's full and yet concise, and the melodic glockenspiel sets things perfectly for the duo's joint vocals. A great video starring John Stamos doesn't hurt either.

And like last year, here are some releases from 2010 that I didn't know about when my 2010 list was made. If I had, they'd certainly have made the list. 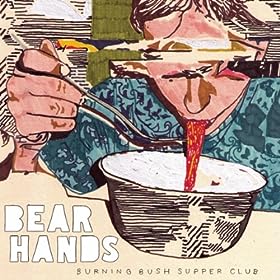 Bear Hands – What a Drag

Chillwave? On my list? Strange but true. This song drifts lazily on a soft bed of shakers augmented by heavier drums that provide more of a heartbeat than any sort of firm base. Shimmering guitar chimes in when given the chance, but it's the wet, insistent vocals of the chorus that will plant this one in your head long after you've forgotten the name of the song or band. 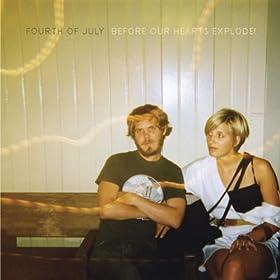 Fourth Of July – Self Sabotage

Kansas City scores again with an indie pop record replete with witty lyrics, a preponderance of "la la la" backing vocals, an enormous melody, and a jittery guitar. Like Bishop Allen or Someone Still Loves You Boris Yeltsin, Fourth of July know how to create a pop song that can knock the air right out of you. 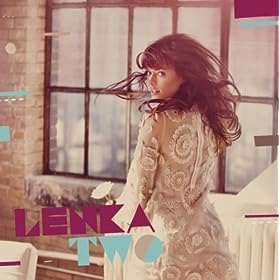 Lenka – Roll With The Punches

Mindless little Austrian pop, and yet I can't get enough of this. This song has everything going for it: a memorable syncopated vocal delivery, a string-swollen chorus, adorable lyrics, and a melody so infectious that it'll lodge itself in your head for weeks. 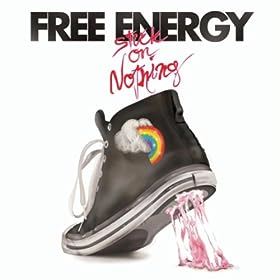 Philly's Free Energy have created a fantastic power-pop anthem with "Bang Pop." Lying happily between Cheap Trick and Weezer, the band is puerile and lusty in the best possible way -- something you'll see first hand in the band's choice video for the song. For this one you need to turn it way up, make sure no one's watching, and grab your air guitar. 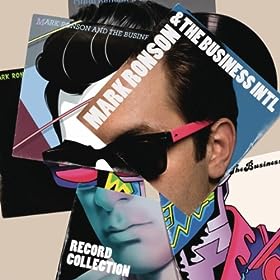 Mark Ronson deftly mixes hip hop, electronica, and rock to create an anthemic rump shaker that completely blew me away despite my preconceptions about the genre. The song's brilliant production provides layers upon layers ready for headphoned exploration, or just follow that drum machine straight to the dance floor.

Another year of exiting music. Do you agree? iTunes reminds me that during calendar 2011 I added only 172 new (2011) albums. Maybe I missed your favourite? If so maybe I'll add it as an addendum to my 2012 list!