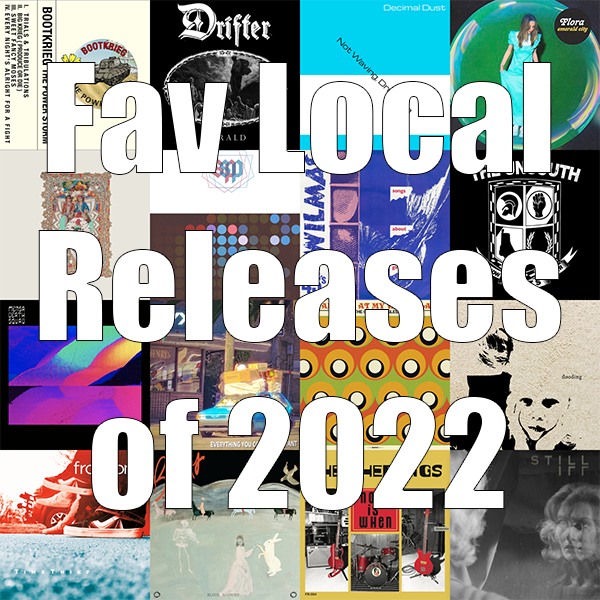 Local is where it's at. Here are the new releases from 2022 that make Kansas City (and the region) so wonderful. Thank you to the bands, labels, venues, promoters, photographers, writers, and fans that always show up.

Since I didn't buy everything that came out this year, I've been asking everyone what I missed. Did I miss something wonderful? Tell me and I'll check it out.

Also, if you care, I'm a little flexi about what I call a new release here. While one-song digital-only singles weren't considered, I did allow digital-only albums and EPs this year as we're all still dealing with too much to rely on record pressing schedules. Hopefully that's solved in 2023 as there are at least four full lengths that I'm excited to buy.