The records you see below are part of the Too Much Rock Single Series – a collection of 45 RPM singles that marry great songs with great bands all for the love of vinyl. Each old-school two-song single features one unique song paired with one cover chosen by the site. We press 500 limited edition copies and then simply give them away to the bands. We lose money. Bands make a little. Vinyl lives. Everyone wins.

I've been getting a lot of questions about the series, so: It's always a local band. I don't have any copies for sale. Once they're gone they're gone. I just give them to the band and they can do whatever they want with them. And I do these as often as I can. For anything else visit the about page and drop me an email. I love to talk about this project. 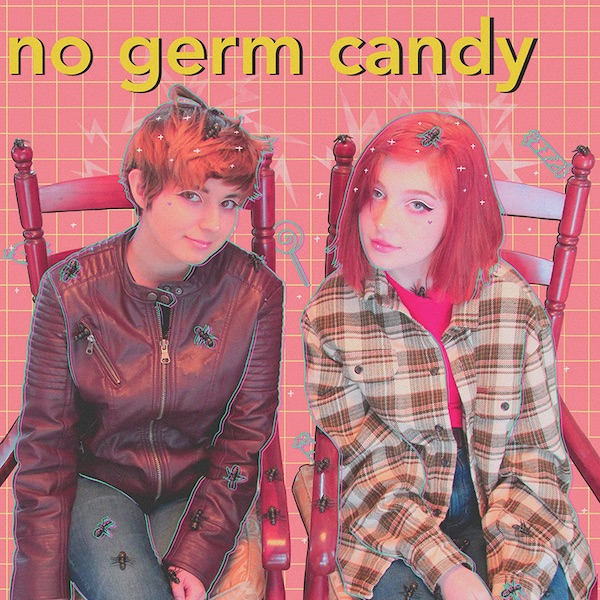 Too Much Rock celebrates the tenth release in its vinyl single series alongside exciting new Kansas City duo No Germ Candy. For this project teens Zsofia Nemeth (vocals) and Harper Knecht (guitar) ignore genres entirely to build a sparkly world that tastes like cotton candy, and plays like Animal Crossing. It's twee. It's queer. It's indie pop. It's a musical that hasn't yet been staged. Leading off the band's debut is "Straight Talk." This A-side is a fresh declaration of romantic intent from Zsofia who is so crushed out she can't even think straight. The B-side is a cover of Beat Happening's seminal "Indian Summer" turned inside out. The limited-edition, hand-signed, and numbered single is available at area records stores or directly from the band in black (422 copies) or germy-green (108 copies). 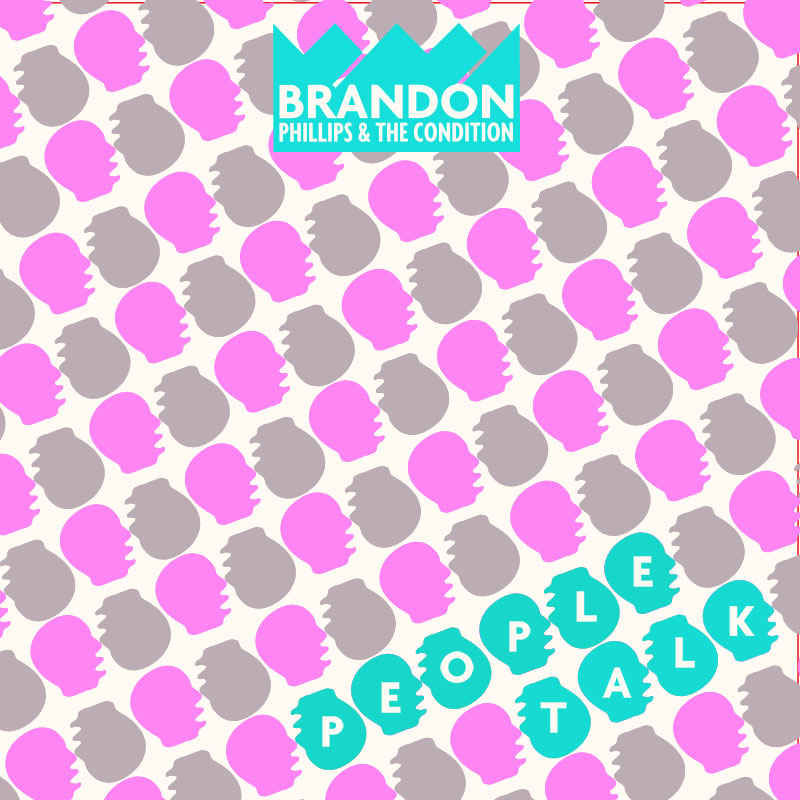 The ninth installment of the Too Much Rock vinyl single series features Brandon Philips and the Condition. This latest project from the prolific Phillips (The Architects, The Gadjits) was created to explore his love of both power pop and soul. The promise of Get Happy-era Elvis Costello merged with early Motown was all it took to get Too Much Rock behind the project. On the A-side, "People Talk" takes a melody reminiscent of a '60s girl-group, bolts it to a boppy, eighties backbeat, and then hangs all the accouterments and accessories of power-pop-soul on it like aftermarket chrome on a Lambretta scooter. The B-side is a cover of Tommy Tutone's "Angel Say No." The original version is as near a perfect power-pop deep-cut as one is likely to find in even the dustiest record bin, but with a few tweaks from the band's crack rhythm section, and big Ronettes-worshiping backing vocals, BP+TC make this the hit it always should have been. The limited-edition single is available at area record stores and online retailers as hand-numbered black (408 copies) and colored (112 copies) vinyl. 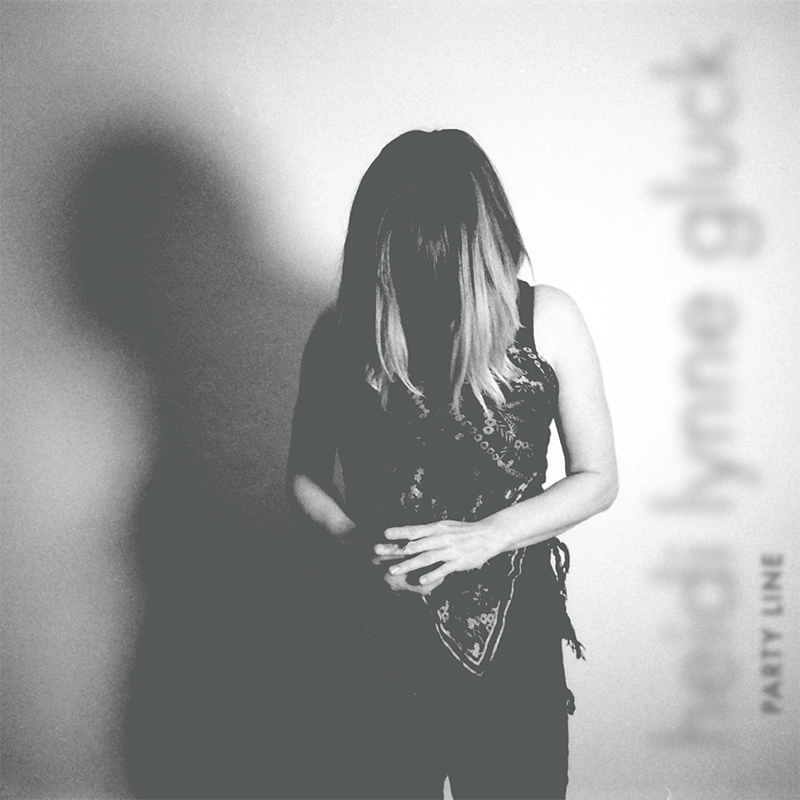 The eighth installment of the single series features singer/songwriter Heidi Lynne Gluck. Gluck is an immensely talented multi-instrumentalist, sought after for her skills as a veteran player and session musician, and known for her work in Juliana Hatfield's Some Girls, Margot & the Nuclear So and Sos, The Only Children, and many others. The new single features the Gluck-penned "Party Line." A confidently-strummed guitar introduces the cut, before Gluck's understated vocals and unflinching lyrics quickly define the song. As her narrative unfolds, the arrangement is haunted by the appearance of piano and lap steel. For the B-side, Gluck recasts the Camper Van Beethoven feel-good staple "Good Guys and Bad Guys" as a strikingly beautiful, world-weary treatise. Thirty years later and Russia is still on everyone's mind. The limited-edition single is available at area record stores and online retailers as either black (430 copies) or pink (104 copies) vinyl. 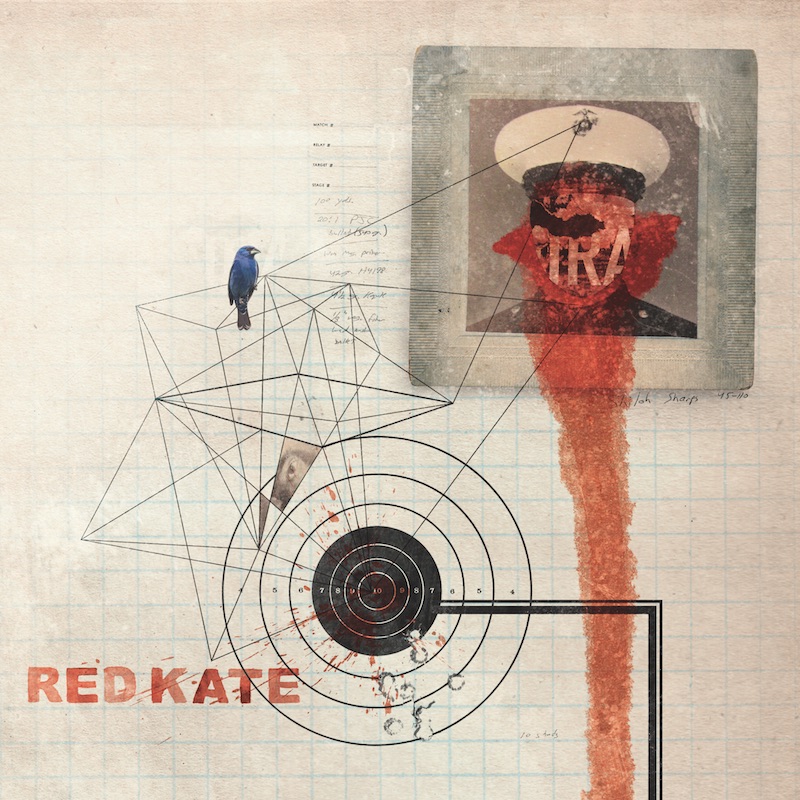 The seventh installment of its vinyl-only single series features Kansas City's Red Kate. The band's fiery, working class lyrics and no-frills pub-rock sound make this a perfect fit for Too Much Rock. A-side "Iraqi Girl" latches onto a groove that just doesn't let go, while B-side cover of TSOL's "American Zone" fits so perfectly into the band's mission that it became a staple of its live set months before the single was even announced. The limited-edition vinyl-only single is available on both black (400 copies) or clear (100 copies) vinyl, each with its own complementing artwork. 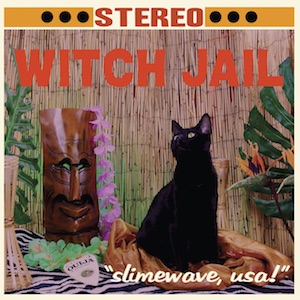 The sixth installment of the Too Much Rock Single Series features a band with romance on its mind and brains on its breath. Witch Jail hangs in the spooky psychobilly back alleys, offering its aural candy to you bad kids, starting with the surfy A side "Slimwave, USA!" about a witch with designs on our scene. The B side is a cover of Alien Sex Fiend's "My Brain is in the Cupboard (Above the Kitchen Sink)" that lurches and staggers with every yelp from vocalist Guy Slimey. One press of 400 on black vinyl, 100 on purple vinyl. 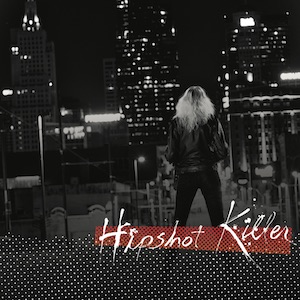 The fifth installment of the singles series features a band that has roots so deep in the KC music scene that it predates Too Much Rock's 1997 arrival. Hipshot Killer aptly describes its sound as "power-punk," and the driving guitar and strong melody found on A side "All the Hell in the World" live up to that portmanteau. It's paired with the timeless "Sky Flying By" originally recorded by influential West Coast, genre-defying punks Samiam. The limited-edition vinyl-only single is available directly from the band. One press of 400 on black vinyl, 100 on colored vinyl.

All the Hell in the World: 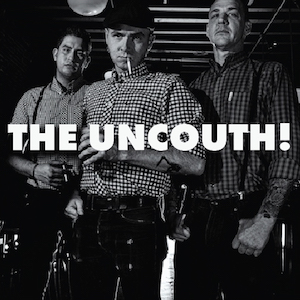 The Uncouth! kick off volume 4 of the Single Series with "KC United." This anthemic number is an old-school call for unity between the punk and skinhead scenes and celebrates KC's rich history. The B-side features a powerful take of Slade's 1972 smash "Gudbuy T'Jane" that retains all the glam stomp of the original. Pick up a copy directly from the band. 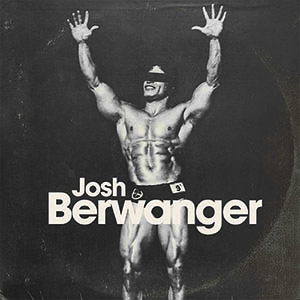 Volume 3 of the Single Series features Josh Berwanger (of The Anniversary & Only Childen) with new power pop jam "Oh Bis!" on the A-side, and The Jags' 1978 should-have-been hit "Back Of My Hand" on the reverse. The single features a must see retro paper sleeve created by alternate movie poster guru Jay Shaw. 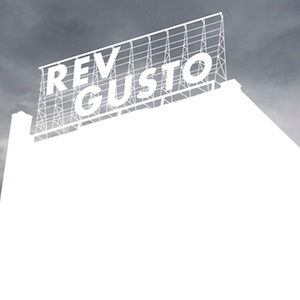 The second installment of the single series features Kansas City's Rev Gusto. The young band's brilliant blending of power pop and shaggy mod shines on A side "Still there," while the band nails the jittery emotion of Graham Parker's "Local Girls" on the B side. The limited-edition 45 is available directly from the band. 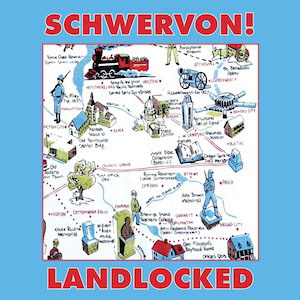 The single series kicks off with Schwervon, a Kansas-via-NYC band (how often does that happen?) featuring guitarist Matt Roth and drummer Nan Turner. "Landlocked" is the first song written by the duo after moving to Kansas City, so it's only right that it appears on this release. Soon after witnessing the band's blending of Roth's ferious rock with Turner's fearless ingenuity, I knew that I wanted them to tackle the Raincoats' off-kilter 1979 anthem "Off Duty Trip." To get the 45 you'll have to talk to the band – I gave away all my copies.